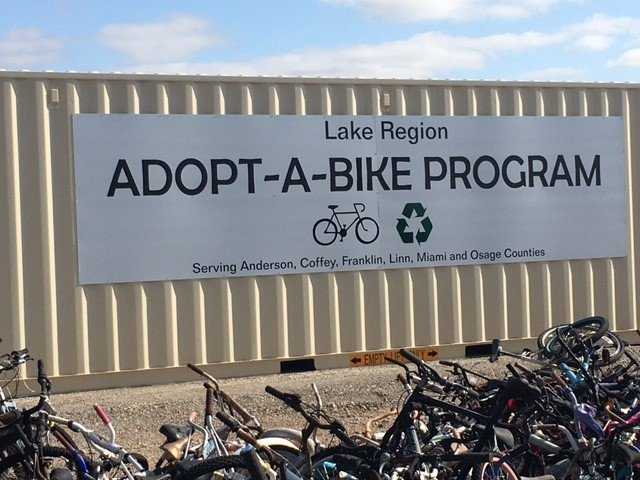 The Lake Region Solid Waste Authority sponsors an Adopt-A-Bike program, which helps to divert broken and discarded bikes from ending up in landfills by refurbishing them and arranging for them to be adopted back into participating communities.

Broken and unwanted bicycles are collected at designated drop-off locations in each of the six lake Region counties; typically at the transfer stations, landfills or recycling centers. Miami County is the exception as their transfer station is operated by an external contractor, so the current drop-off location is at the Fire Lake Soapery in Paola.

The donated bicycles are transported from the individual counties and consolidated in Franklin County before being sent to Ellsworth or Lansing Correctional Facilities, where inmates work to strip the salvageable parts and reassembled them into sturdy, functional  bikes. Once refurbished, the bikes are transported back to Franklin County and stored in a designated cargo container at the Noxious Weed Department (2017 S Elm Street, Ottawa KS) while waiting to be adopted.

The Adopt-A-Bike program has an information brochure designed to explain and promote the program. Included within the brochure are program details, the application form and instructions for submission, plus the positive environmental, physical, and monetary benefit of cycling.

County ECKAN offices and various partner organization who are able to publicly promote the Adopt-A-Bike program display program signs in their window or on their wall in their offices to indicate their role as designated locations to access adoption applications. Click here to see a list of application locations by county.

The Adopt-A-Bike program promotes environmental sustainability by eliminating bicycles and associated scrap metal from ending up in the landfills. It is also a community centered program, as the repurposed bikes are available to be adopted out into the communities and increase participation in positive recreational activities. Behind the scenes, the Adopt-A-Bike program continues to contributing to jobs for the inmates at Ellsworth and Lansing Correctional Facilities, who are working to refurbish the bikes.

Contact the Lake Region RC&D office or the LRSWA Regional Coordinator with any questions. 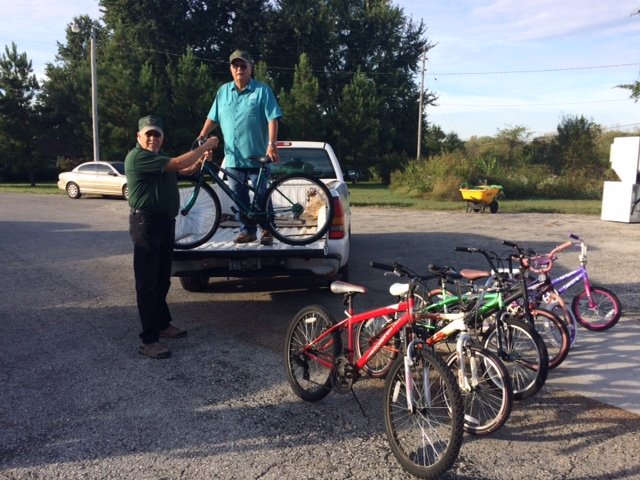 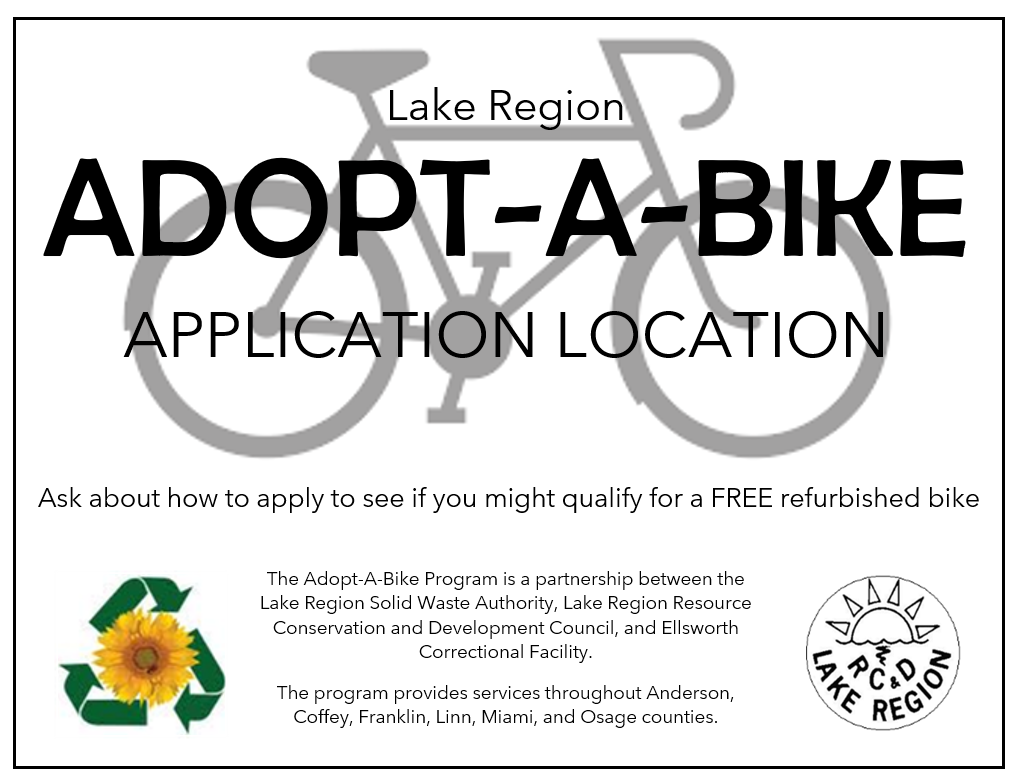 A copy of the adoption application is available through the link below.

The program was originally organized by the Lake Region Resource Conservation and Development Council in 1999 by Don Stottlemire, Lake Region RC&D President and Franklin County Commissioner. Since that time, through partnering with the Lake Region Solid Waste Authority and Ellsworth Correctional Facility, the Adopt-A-Bike program has donated thousands of bikes to children and adults throughout the six Lake Region counties; Anderson, Coffey, Franklin, Linn, Miami, and Osage counties. 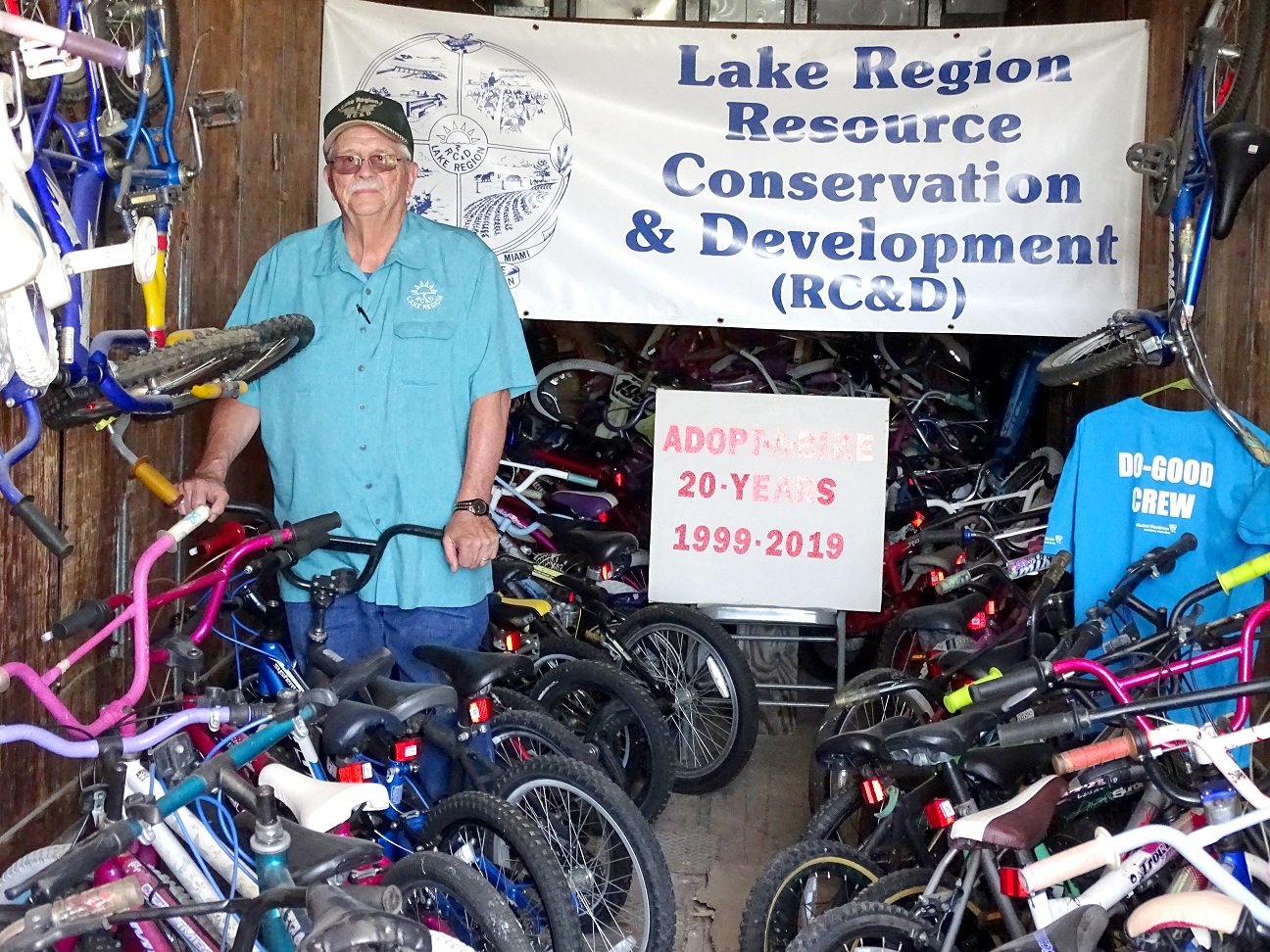 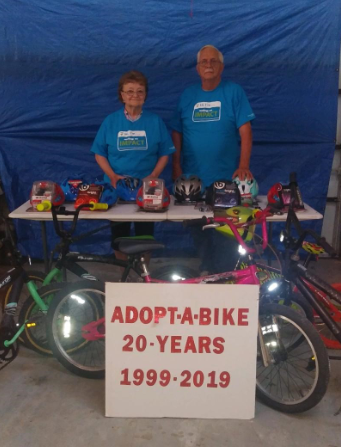